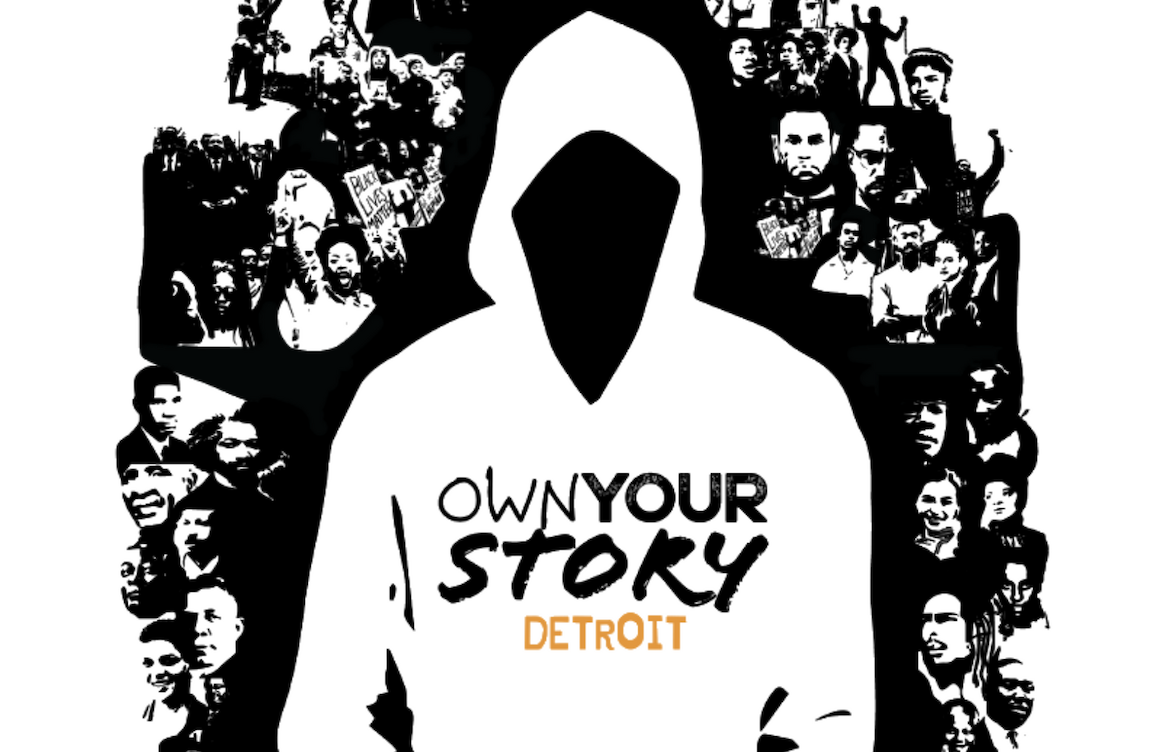 Own Your Story Campaign Empowers Detroiters to Tell Their Own Stories

At BLAC we love finding, hearing and sharing stories from Detroiters – specifically the Black folks – that are authentic, quirky, heartwarming or just plain cool. FORCE Detroit and TandemEd agree, which is why they launched the Detroit branch of the national Own Your Story campaign in August called Detroit Is Us.

The goal of Detroit Is Us should be apparent in the name, which was chosen by young volunteers. The initiative is aimed at Black Detroiters from every walk of life and background, encouraging them to record and share their unique perspectives on life in the D.

“There’s an external force moving into our cities that’s trying to rewrite the narrative of hard work and sacrifice of the people existing there,” says Jason Rivers, Own Your Story managing director. “Local OYS campaigns are centered on healthy perspectives meant to further prompt actions that align with collective best interests, and that will help yield better life outcomes for Black youth, families, residents and businesses.”

The stories were collected through surveys, video submissions and interviews, then compiled into an interactive media project that focused on three pillars: Own the Block & Business; Level Up: Mind, Body & Spirit; and Advocate for Blackness. The campaign also proposed an idea for an ongoing fund that they hoped to create with other influential Detroit organizations to further support initiatives like Detroit Is Us.

James “Screal” Eberheart Jr., Detroit’s city manager for Own Your Story, says that the pillars were chosen because they represent the areas of the community that Black people can and should take upon themselves to readily improve.

He says, “Through showing them the benefits of ownership and how that directly correlates to building and sustaining wealth, we can better fund the needs of our communities. Pillar two is where we focus on the overall health of our people. The third pillar is vital to the livelihood of Black people, advocating for Blackness through education.”