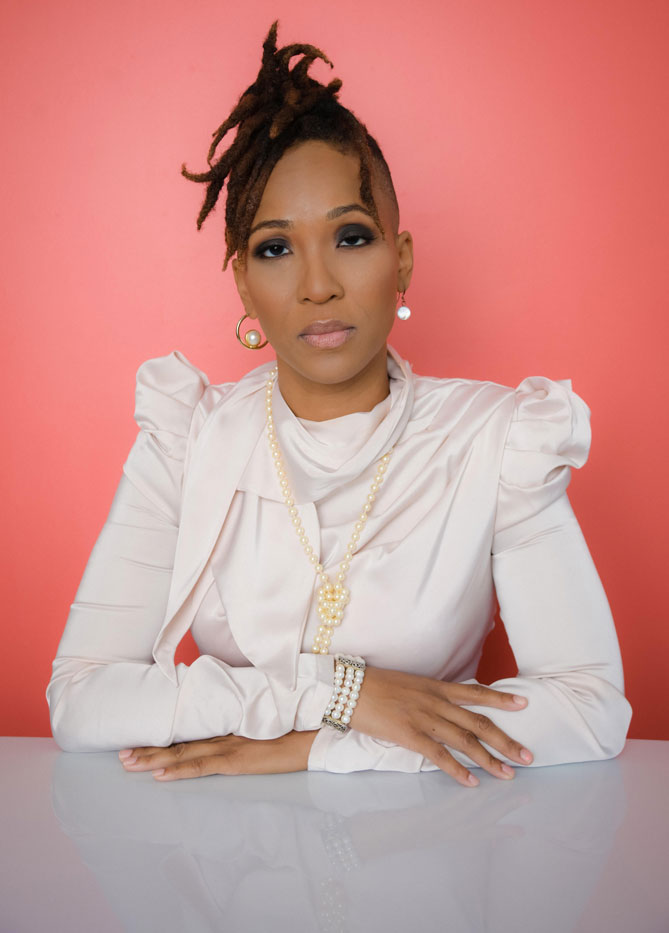 Alia Harvey Quinn is a bold leader with a dedication for investing in often ignored, emerging grassroots leaders. As the daughter of Black Panthers, Alia’s calling into the world of activism, leadership and community-building was always in her DNA but was emboldened by organizing with youth who were dealing with issues of criminalization and violence. Her commitment to building a freer, safer Detroit is both ancestral and unwavering. Alia is the founder and Executive Director of FORCE Detroit. Under her leadership, Force Detroit has established itself as a widely-recognized and well-respected community organization, shedding light locally and nationwide on the solutions to gun violence, with a primary focus on Community Violence Intervention (CVI).

Her inventive leadership and dedication to uplifting the hard work of long, under-resourced, often justice-impacted peacemakers, played a large role in shaping Detroit’s strategy within the White House Community Violence Intervention Initiative. Has influenced philanthropic giving in Detroit, resulting in more than a million dollars of investment being redistributed to over 45 grassroots organizations in Detroit.

Before founding FORCE Detroit, Alia was the Detroit Director of Michigan Faith in Action. In this role she organized a table composed of justice-impacted leaders, safety activists, radical clergy and Muslim women committed to advocating for issues of safety and justice. This table attracted the investment of the Ford Foundation, the Faith in Action National Network and became the foundation for the work of Force Detroit.

In 2011-12, Alia was the visionary behind the Detroit Future Youth Network. In partnership with EMEAC and Allied Media Projects, Detroit Future youth redistributed more than $300K and convened 13 grassroots Detroit youth-led organizations.

She has 20 years nonprofit leadership experience in program design and community organizing around the themes of justice, safety, positive youth development, coalition building, and redistributive resourcing. 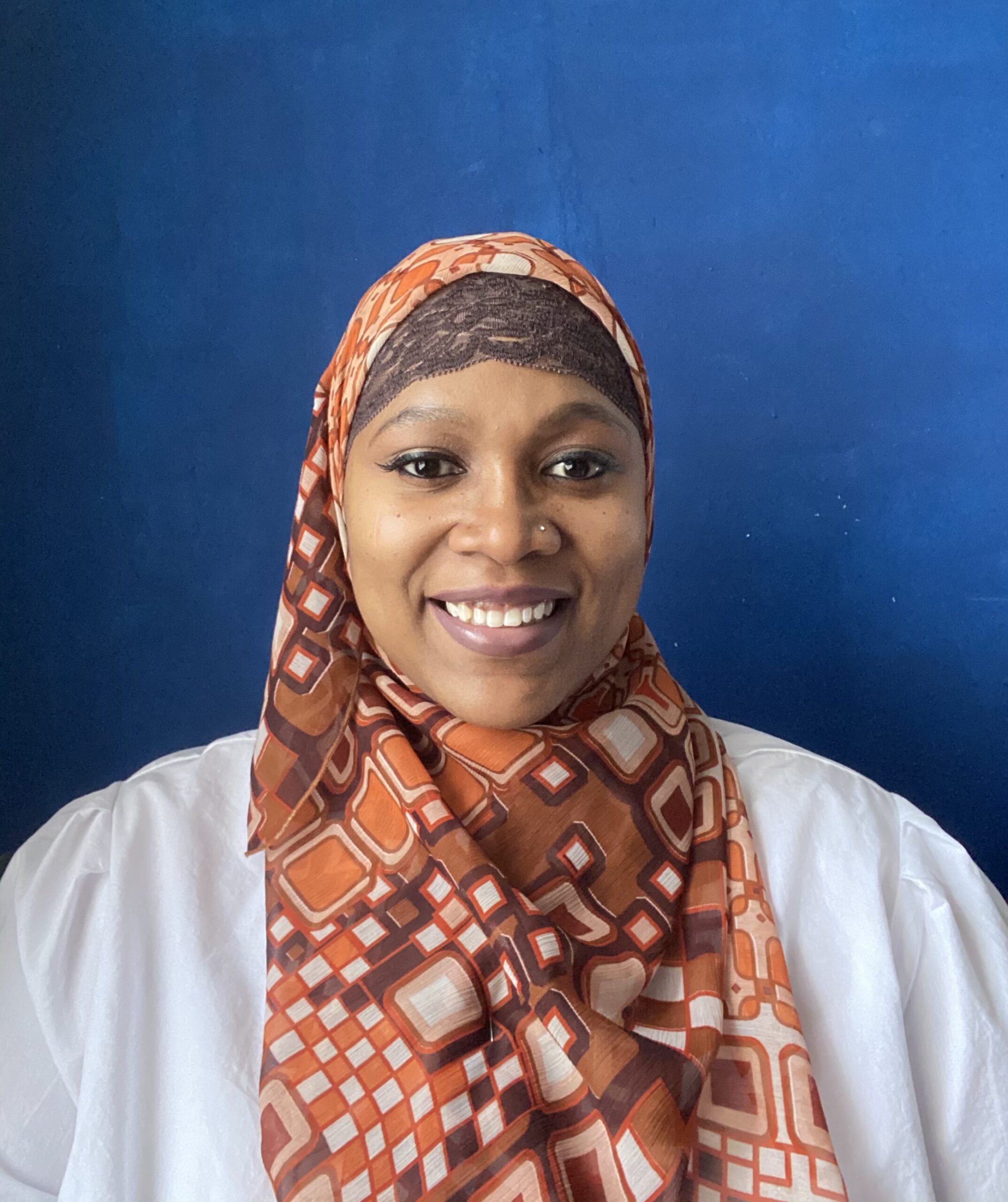 Karisha Vanzant is the current Program Associate at Force Detroit, a project of Faith in Action Network. She provides administrative support to the Director, Alia Harvey-Quinn, the Communications/Media Arts, and the Live Free Coalition Department.

Karisha is a Michigan native and has worked in the non-profit community in the Metro Detroit area for the last four years. She received her Bachelor’s in Communications Media Arts from Wayne State University and Certificate in Digital Media Arts from Specs Howards School of Media Arts and Studies. With a focus on Film Making.

She developed her intense devotion to non-profit work from volunteering at her local community center. There she sat as an Administrative and Communications Assistant for three years. She found a love for community organizing, advertising, promotions, and event planning. This experience gave her a deep appreciation for how non-profits seek to improve the quality of life for so many individuals and families, one program at a time.

Also, she loves working with youth, spoken word poetry, traveling, and painting. She is happiest spending time with her husband and four children. 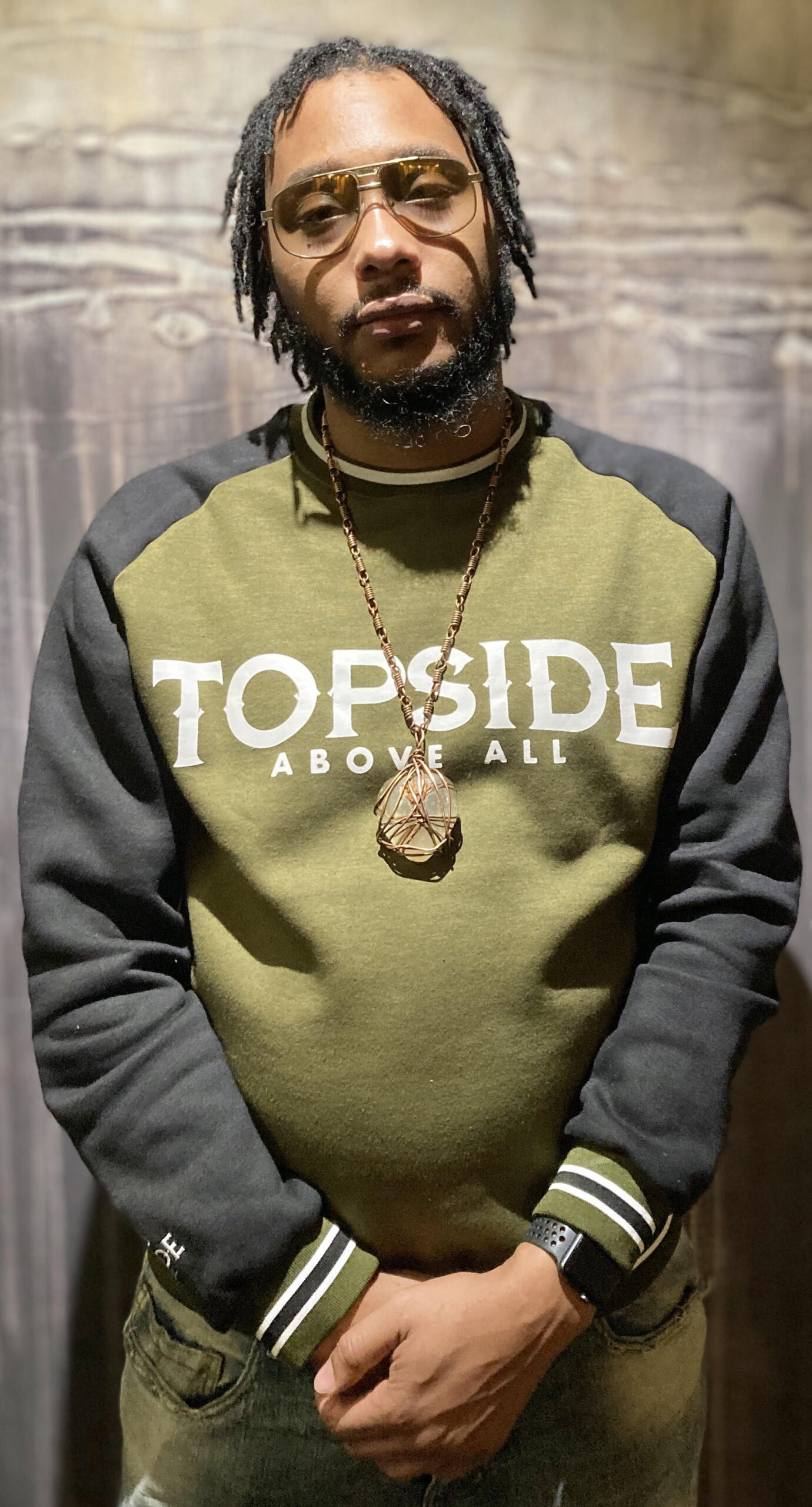 James “Screal” Eberheart Jr. was born and raised in Inkster, Mi. After graduating from high school, he moved to Detroit. There, he began schooling at Wayne County Community College District (WCCCD) studying Computer Information Systems while working in the communications field as a Cable Technician. In 2014, after eight years of working in corporate America, Screal experienced an injury at work that changed his life indefinitely. Subsequently, he began his journey of activism full-time in the communities of Detroit. Understanding the psychological strain on African Americans living in destitute conditions, he began an independent study of how the mind works. Therefore creating an entity called Hopz Management and becoming an entrepreneur. Screal‘s dedication and marketing skill-set earned him a seat on the board of Directors for New Era Detroit (N.E.D) as Chief Visionary/Executive Officer in 2014-15. After 4 years of dedication, Screal was presented the role of Vice President of New Era Detroit, August 17th, 2018. N.E.D is a community based grass-root organization centered around socioeconomic issues that operate nationally and internationally in 13+ states and Nigeria.

James “Screal” Eberheart Jr. in 2017 also entered his hat into the Detroit Political Realm. Running in the Primary Election as a Write-In Candidate for Detroit City Council District 1.

Screal‘s passion for people leads him to create a prominent program called Black To Reality (BTR). A program developed to build character and social awareness among the youth in schools. Curriculum’s consists of developing remedial math and reading skills peer mentoring, and social development (self-esteem). His desire to have a better understanding of the mind motivated him to further his independent study to a major for Mental Health and African-American Psychology. Which led him to become a brand ambassador at Inception (The First Mental Health Gym). Since becoming a full-time community organizer, Screal has been able to help more people in the community with now, operating a leadership position in 2020 with TandemEd “Own Your Story” / “Detroit Is Us” as the City Manager and National Field Director. There he has built coalitions with local residents, other community organizations, black businesses, and assisted in developing more self-sustainable programs locally and nationally. With just a little over 5 years of full-time community organizing, Screal has been able to assist with the growth of community organizing across the nation and remains dedicated to the progression of our future generations and communities. 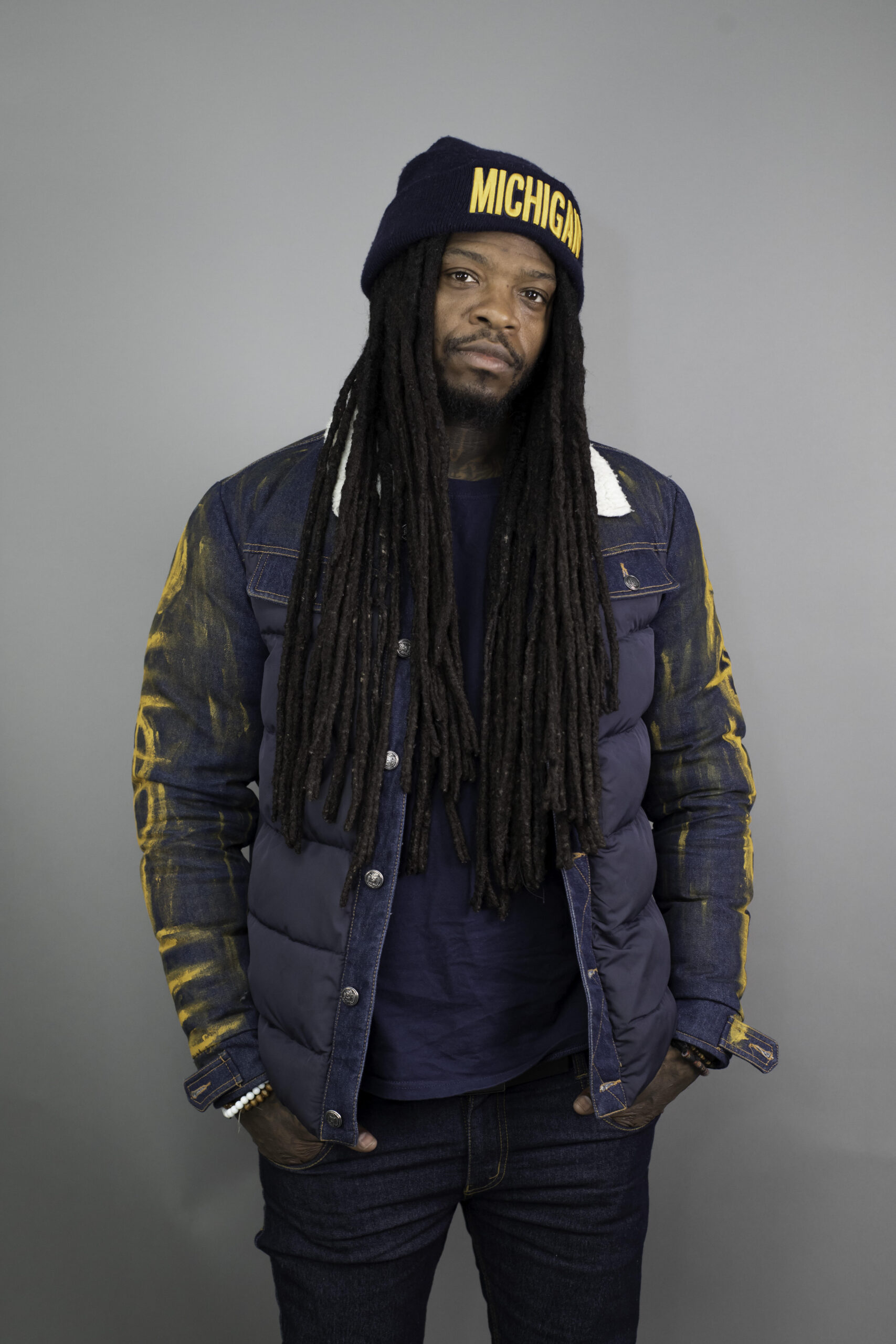 My name is Dujuan Zoe Kennedy, born and raised on the westside of Detroit, Michigan, by a working-class family with strong ties in the community. By the age of 11, I strayed from my upbringing and began to engage in a lifestyle of crime. Which lead to 14 years of incarceration. During those years, I experienced a gradual change for the better due to the conditions and men around me. They encouraged and reinforced my growth by acknowledging and supporting the path I’m traveling today. Which is the path of activism and unity. I was released on 5/19/2019; by the end of 6/2019, I was once again surrounded by a community of people active in the betterment of our people and humanity as a whole. This is who I am! One of the people! With the people! For the people! Of the people! 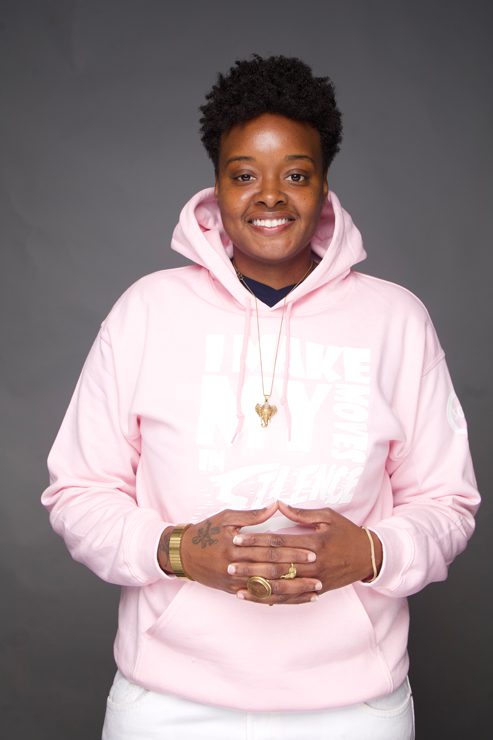 Kelly Brown is a proud native of Detroit and more specifically, a proud native of Detroit’s Joy Road community. Following 9 years of service as a Youth Coach with Vista Maria, and 8 years working in various capacities with Detroit Public Schools, Brown joins Force Detroit with over 14 years of experience working with undervalued and at risk youth and their families. She leads with the mantra: “It’s time to rise above and do for self.”

As an influencer and author, Brown focuses on the importance of mindset renewal, health, wealth, and financial literacy in the black community. Brown’s passion and mission is to uplift others and teach the importance of being a stakeholder in their community. Through her work and brand “I Make My Moves In Silence,” she encourages others to come from under the “white spell”, a term coined by Brown to describe the long-term mental effects of slavery, segregation and racial injustices in the United States, and to detach themselves from oppressive, euro-centric standard and values. Brown also founded and operated “S.O.L.O: Saving Our Lost Ones”, a non-profit geared toward youth programming and community development. She hopes to create a community of people who are centered, self-reliant and able to see their true value.

Brown holds a baccalaureate degree in Social Work from Marygrove College, and recently joined the May 2022 cohort for the Community Impact Incubator launched by Strategic Community Partners and the Marygrove Conservancy. For her community activism and other accomplishments, Brown was featured in the Wall Street Journal (10/2020, “Scarce Credit Holds Back Detroit Housing”), and Voyage Michigan Magazine in April 2022, as a “Hidden Gem” in the city of Detroit. She has also been named the Director of Youth Empowerment and Outreach at St. Stephen A.M.E. Church and has been recognized by the same for her development and educational initiatives.

What gave Brown the power to break free of conditioned thinking patterns and societal norms was a wake-up call from the Holy Spirit, ushering her to unlock her mind and move strategically. Now, with renewed perspective, Brown encourages others to experience that same growth.